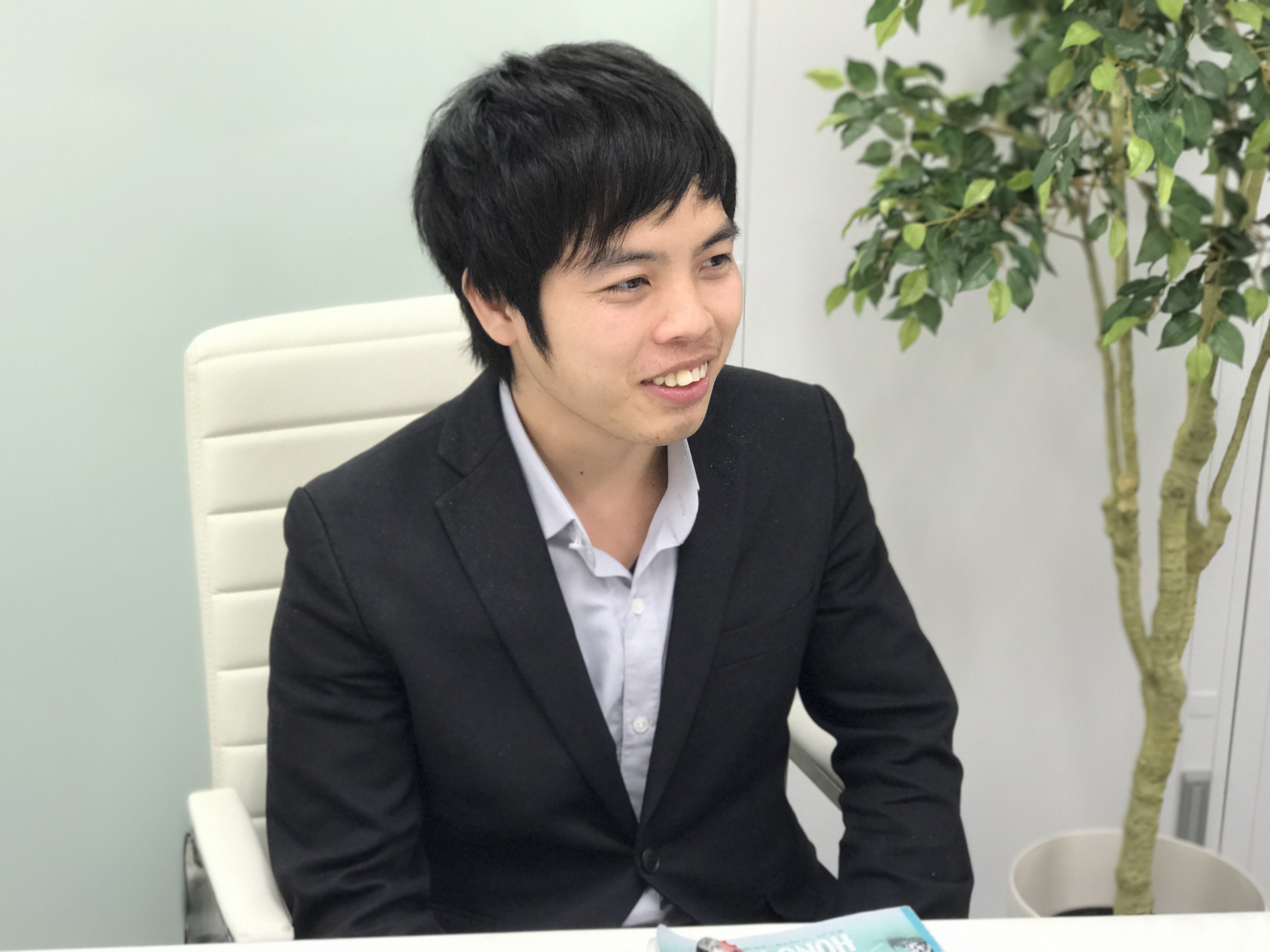 1) The reason why you want to go to Japan?
After working for a year in Vietnam, my desire to develop my overseas career has grown stronger.
When I was gathering information on the Internet, I discovered that the IT sector in Japan was in high demand and the process was not too complicated so I decided to work in Japan.

2) What are the difficulties in changing jobs? What is your strength?
I have had a very difficult period of Japanese communication, although the demand for human resources in Japan’s IT industry is still very high.
In order to be able to answer in Japanese, I learned Japanese language classes and prepared interviewing methods.
In my opinion, if you feel the language aspect is not as good as the other candidates, it is very important to know how much expertise your IT industry can make.
In addition, in an interview, I think you should choose the words carefully and can answer the question correctly is also a pretty important point.

3) When do you change your career, where do you feel Vietnam and Japan are different?
Japanese companies are looking for human resources globally, just as you can communicate in Japanese fluently, even if you are a foreign company, there will still be an invitation for you.
In Vietnam there are many people and engineers should have access to businesses themselves. That’s the point where I feel different between Japan and Vietnam.

4) Why do you choose the company now?
I am currently working for a salon management company.
Our company plans to set up a branch office in Vietnam in the future. When I heard about this, I thought that my Japanese skills would be better by then and could be expanded in the future. Now I’m focusing on developing the mobile version.

5) How do you feel this work is worth doing and how difficult is it?
I think about the language problem is the most difficult. Until now I have not been able to communicate fluently in Japanese.
On Wednesdays I often ask for early breaks and join Japanese language learning groups every week.
In addition, I feel it is worth doing because I can imagine the process to solve the problem in my work.

6) How do you work in Japan? What is the difference with Vietnam?
I feel satisfied with the work environment now. The team members are very friendly and often help each other. When I was new to the company I had a lot of things I did not know but people were happy and answered my questions. People in the company often ask me about their life in Japan or their work status.
In my company, I have a close friend who frequently helps me with Japanese matters.
In addition, the manager is also very kind. Normally, we will clean up before work but the manager will clean the same with us. This scene in Vietnam I absolutely did not see so very unexpected.

7) When living in Japan, what do you feel is fun and what is the difficulty?
Actually I think living in Japan is not a difficult task. But of course living alone in a foreign country, I feel lonely.
Gradually I have friends and often go to places in Japan, so life is quite fun now. Of course, the culture in Japan is completely different from Vietnam, so when it comes to the culture of Japan I feel very interesting. I feel very lucky because the people I met and met in Japan are very friendly people.
I create friends in places where my hobbies are like clubs or activities.

8) Please tell me about your future career. What do you want me to be after 5 years?
I think the company’s business plan and career plan are quite similar.
Five years later, I think the company will invest in Vietnam and I will use the knowledge learned in Japan actively in Vietnam.

9) Why did you choose EAA (Evolable Asian Agent)?
After learning the Japanese language in general, I interviewed a few companies and found EAA.
In a meeting with the EAA, they asked profound questions about the strengths and weaknesses, the tasks I wanted to do, and introduced me to the companies that were right for me.
They assisted me with interviews and rehearsals to help me deal with interviews, and then they helped me with my life in Japan so far.

10) Finally the message is sent to those who are looking to work in Japan.
For those who are young and want to challenge new things, be tolerant and try hard without hesitation.
Of course not everyone is lucky and recruited, but if you try and do not give up, surely the opportunity will come to you.
Also, if you are confident in your Japanese ability, then you will not have difficulty in interviewing.

Why did you choose Evolable Asia Agent? Support was reliable and I thou...

1) Why did you choose to work in Japan? Because I feel admiration for ...